Time was when you could wear a prisoner’s garb or put on a bindi as Halloween costumes and not start a war. But tragic and despicable events have redefined what is and is not politically or socially correct. Thus was established a mindset that has been accepted by the general population, and one of the casualties is the well-loved and fun tradition of celebrating Halloween.

Wearing costumes is a Halloween essential, right up there with the jack o’lanterns, the spooky-themed candies, cookies and goodies and the pumpkin-based drinks. The vampires, zombies and ghouls mingle with superheroes and sexy cops and nurses. But classic costumes can be so boring. Topical outfits that change every year make this October merry-making holiday more fun, lively and interesting.

So, at the risk of getting beaten, hauled off to jail, or labeled insensitive, ditch those night lurker attires this year, flip off the phony moralists and don what you want. Wear them alone or with your friends, the better to fight off the haters.
Here they are:

5 Tacky Costumes Guaranteed to Get You in Trouble

Put on an all-black ensemble: black pants, long-sleeved flowing black robe and a black balaclava, a cloth mask that exposes only the eyes.
Accessories: replicas of a machete, high-powered rifle and severed heads

The ISIS jihadist theme peaked in 2014 but their terrorist attacks continue to this day. The common reaction to a jihadist costume is intense dislike of the wearer, even if he or she happens to be your best friend. It trivializes one of the most horrible present-day crimes against humanity and pokes fun at the memory of the soldiers, journalists and humanitarian workers who were beheaded by this terrorist group.

With the spate of white American police shooting innocent black men, playing both is fair game for Halloween. For a male and his white guy friend, one plays an armed white cop and the other puts on blackface to depict a defenseless black man shot in the back. Police costumes are easily available and if you have a cop friend, you won’t even need to buy one; just borrow his. Dress your friend in a shirt splattered with blood at the back and use blackface on his face. Or go as Ray Rice and bring along a tattered rag doll.

Almost half of white Americans do not see anything wrong with using blackface for Halloween but about 68% of African-Americans find it offensive. They view it as racist and demeaning to blacks. So, caution your friend to use it at his own risk.

The most popular news figure this year, Trump costumes are selling fast. Go as the GOP 2016 presidential candidate with a business suit and a “Make America Great Again” cap. But keep the cap off your head since the central piece of a Donald Trump costume is undeniably his hair, which you can copy with a Trump wig. Finish the look with a snarling face. But the fun doesn’t end there. Get your posse to dress up as Mexicans, complete with moustache, poncho, sombrero and cigars. Have them hold guns, joints and white powder.

But it isn’t masquerading as Donald Trump that will get you into trouble. You’â€™ll probably get hoots and heckles but stereotyping Mexicans as criminals is the highest form of racism and bigotry.

Okay, so nobody loves Kim Jong-un except his North Korean followers. But wearing a costume that makes you look like the dumpy despot might just get you mistaken for the real McCoy and put your life in danger.

To get Kim’s roly-poly look, wear a padded dark military-style suit if you’re on the lean side, shave the sides of your head, and get a wig of top-only black hair swept up and backwards for a trapezoidal effect. Chinky eyes and tiny eyebrows complete the look. 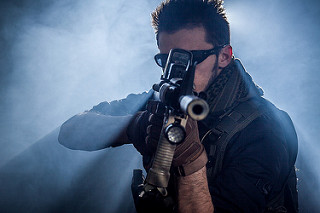 If you’re a white, young and male American, you can easily pass off as a mass murderer in Halloween parties. Don’t bathe for days prior to the big day, practice an angry, brooding look and carry an unloaded assault rifle, which is the weapon of choice for perpetrators of mass shootings. Add a handgun for a more dramatic effect.

Donning a get-up that makes a joke of the victims of mass shootings, of which there have been many recently, is downright insensitive as it mocks and makes light of the victims’ families. Don’t wonder why your friends suddenly avoid you after Halloween.