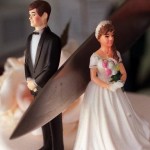 Here's an interesting trivia: Men and women in the United States are marrying later than ever. The US Census Bureau has found that the marrying age for today's generation is 27 for women and 29 for men. People in urban areas in the East Coast marry later than those in the Southern states and the West Coast. Marrying age is not really that important, per se. It's how it … END_OF_DOCUMENT_TOKEN_TO_BE_REPLACED