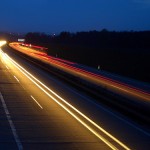 The rise of the Third Reich and Nazism was a dark taint in human history. The Nazis showed the world how cruel Man can be. The Nazis brought fear, oppression and death in their wake but a little known fact is that their reign also brought out some things that, surprisingly, benefited man and society long after they were defeated in World War 2. Here are some of things that the … END_OF_DOCUMENT_TOKEN_TO_BE_REPLACED