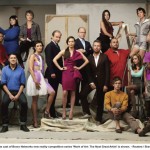 Reality shows are getting a bad rap from many people. The most common criticism about reality television is that it's like the broadcast equivalent of junk food – all empty calories. The criticism being leveled at reality TV does have a kernel of truth to it. It's no secret that a big majority of reality shows really don't offer anything to the viewers except for mindless and … END_OF_DOCUMENT_TOKEN_TO_BE_REPLACED