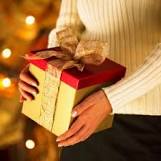 Etiquette refers to standard behavior seen by society in general as acceptable and preferred. The rules that govern etiquette mainly revolve around making social interaction more refined and pleasurable. Although commonly attached to fashion and status, everyone can benefit from observing and practicing it since etiquette is typically put in place to ensure that unintended offense against another is avoided.

The rules of etiquette may vary between cultures, so what is acceptable to one may be offensive to another. However, there are general rules of etiquette that are safely observed across cultures. Some of these can be found in gift-giving etiquette.

The giving of gifts is often accompanied by the expectation of reciprocity although most etiquette advisers are quick to say that reciprocity is not necessary. The mutual exchange of gifts is credited to adding to cohesion between and among families, work associates, and communities.

Material gifts are typically packaged in a manner that denotes much thought and positive emotions such as love, kindness, and happiness. It usually comes with a note containing the name of both the giver and the recipient as well as the appropriate greeting for the occasion. This is simply for the purpose of providing the recipient the chance to send the proper ‘thank-you’ gesture to the giver. It is also considered a good practice since recipients would naturally want to know from whom a gift came from.

The new wave of practicality in society has included gift-giving as well in the form of re-gifting. Regifting is essentially the act of giving a gift previously received from another. Regifting is also subject to specific rules of etiquette for it to be considered acceptable. Some of these rules include taking care not to give the gift back to the original giver and re-wrapping the gift without using it. ‘Regifted’ gifts are comprised of items that are considered surplus such as exactly similar items.

Modern etiquette in gift-giving has also been relaxed to allow online purchase of gifts to be sent to recipients. Whereas traditional gift giving favoured personal purchases of gifts, the online gift purchases are now considered still in good taste especially since givers are still free to make their personal choices among the available items.

About the Guest Blogger
Regina is a full-time gift consultant. She is able to provide her clients appropriate advice regarding presents.