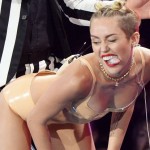 Celebs - you can't live with them, you can't live without them either. They're normal people, just like you and me however, since they are in the spotlight, their every move is photographed, reported and rubbed into our faces. There are some celebrities who are "harmless" - they are the ones who you just can't dislike: no matter how bizarre their behaviour, no matter what the … END_OF_DOCUMENT_TOKEN_TO_BE_REPLACED

Before the advent of social media, one's popularity was gauged by the size of one's fan base. The more fans you had attending your concert, the more fan mail you received, the more chapters you fan club had - the bigger star you were. However, the days of signing up to be a member of Hot-Shot Celebrity's Official International Fan Club (complete with Fan Club ID) are long gone. … END_OF_DOCUMENT_TOKEN_TO_BE_REPLACED 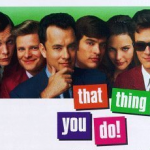 The 1996 film, That Thing You Do, is a musical comedy about the quick rise and fall of a pop-band, the Wonders, whose only claim to fame is their single hit song. In the film, their pop song "That Thing You Do" reached the top of the charts and then, due to internal conflicts, the band disbanded and became one of the musical world's "one-hit wonders". The term "one-hit … END_OF_DOCUMENT_TOKEN_TO_BE_REPLACED

Whether you want to start a blog as a hobby to document something you love or you want to blog to eventually bring in an income, launching it the right way will give you a solid foundation for future growth. When you're just getting started, you'll need to make a lot of important decisions to make your blog the best it can be. What does your blog need to really stand out above … END_OF_DOCUMENT_TOKEN_TO_BE_REPLACED 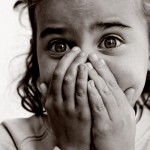 You normally hear kids being afraid of the dark, afraid of the bogeyman or the monsters that hide under their beds and their fears are  most likely caused by their over-active imagination, coupled with scary stories they've heard from their friends. Normally, kids outgrow these childhood fears, when they realize that the remedy to darkness is light, the bogeyman does not exist … END_OF_DOCUMENT_TOKEN_TO_BE_REPLACED