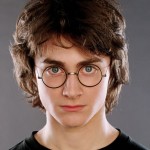 Who are the richest men in Hollywood? The stars get most of the publicity—and very often, the cash—but not surprisingly, the producers are the ones who are laughing their way to the bank. For example, Shia LaBeouf only got paid $6 million for his role in 'Transformers: Revenge of the Fallen.' That's spare change compared to director Michael Bay's income of $125 million. We … END_OF_DOCUMENT_TOKEN_TO_BE_REPLACED