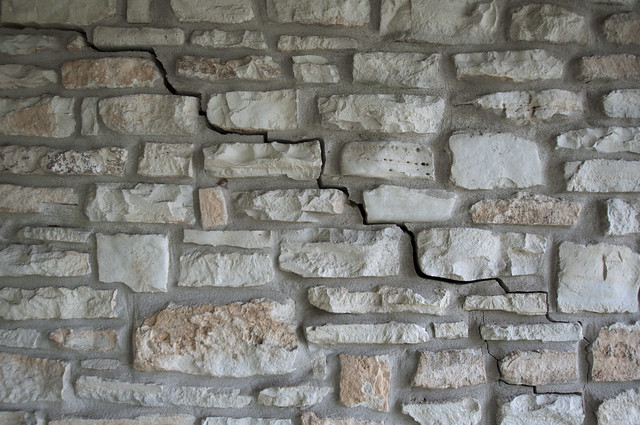 Sometimes the changes we see in our home aren’t problems in their own right, but symptoms of other, hidden issues. It’s inevitable that any home will experience changes due to wear and tear and just simple aging, and maintenance comes with the territory of home ownership. But some problems can pose much more serious concerns than others, especially when they involve your home’s foundation.

Some degree of foundational change is expected over time, as soil surrounding your home shifts. But the integrity of your entire home is riding on the foundation, in the most literal sense. In order to protect the structural strength of your home – and avoid costly repairs – all homeowners need to understand the warning signs that could indicate problems with the foundation.

Following are five of the most common warning signs that your home’s foundation may be deteriorating:

Cracks in a home’s outermost walls can be caused by a number of problems – most notably, soil erosion or contraction. In new homes, vertical cracking may simply be due to the house settling after construction, and generally, cracks narrower than three millimeters aren’t cause for concern. Wider cracks – or those that move along a wall in both a vertical and horizontal plane – could indicate a home’s foundation is shifting in a way that’s causing structural damage.

Erosion or other foundational sinking at one end or corner of the home can create uneven floors that separate from the walls where the settling or sinking is significant. The separation of floor from wall is more significant than floors that are just slightly uneven because it indicates a negative change in the foundation rather than the less significant problem of floors that are a little bit off-level.

If your flooring has cracked, it’s likely due to the foundation settling unevenly across its base. There are many reasons this might occur, one common reason being shifting soil.

Cracking commonly develops around doors and windows, since these are the weakest points in a wall. But if you notice a door or window is sticking when you try to open or close it, or that it doesn’t full close all the way, it’s possibly a sign of moderate to severe shifting in the foundation. Sticking doors are often a sign that the frame is shifting on the foundation, which could compromise the structural integrity of the home.

If you notice cracks or fissures in the moldings of your home, it might indicate foundational movements that are causing walls to shift, separate or fall out of square. This is even more likely the case if you identify other cracks or inconsistencies near the moldings.

If you suspect that your foundation is settling in a way that may be undermining the structural integrity of your home, don’t ignore the problem in hopes that it will go away. Find a foundation repair professional to evaluate the problem and recommend a course of action.